So I Saw A Movie Today…

Posted by Jedizaugg on February 13, 2012
Posted in: Star Wars. Leave a comment

Okay, so it’s no secret that I’m a Star Wars fan. I mean I don’t go by JediZaugg because of my looks. There’s no star power here. 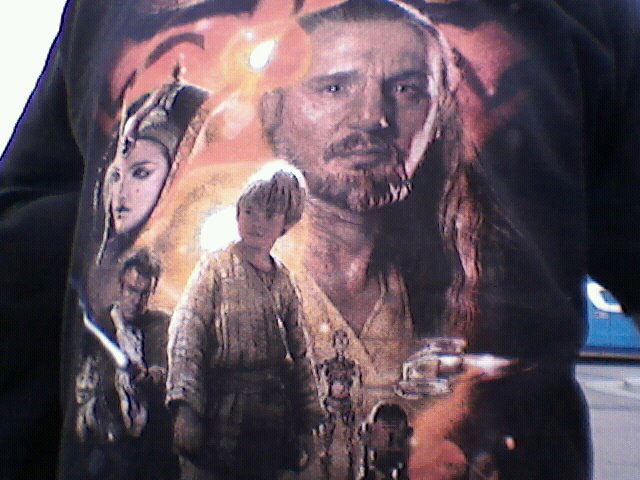 Yeah this Jedi is as geeked out as it gets! I’m like a kid at Christmas getting that cool Lego set that he’s been waiting all year for!

I’ve been a Star Wars fan since I was 6 years old…at least that is as far back as my memory will take me. I’ve seen all six movies countless times, both in the theater and on VHS/DVD/Blu-Ray. Yes I’ve seen them so much that I could practically recite them word for word, frame by frame. After talking to me, you wouldn’t have to go see them. But…if you haven’t seen them…YOU SHOULD!

Much controversy has taken place over the last 15 years surrounding the release of the special edition, revamped versions of the original trilogy and the subsequent release of the prequels.

Many a “hardcore” fan will tell you they can’t stand The Phantom Menace. They would rather have a root canal performed on them than sit through 2 ½ hours of Jar Jar Binks and dialogue that is about as dry and uneventful as a day in the Sahara Desert. And, I will admit Episode I was a bit hard to swallow for me as well. It is slow and at times cheesy.

However let me point something out here. How many of us were in our 30’s and 40’s when we saw A New Hope or The Empire Strikes back and had to hear Luke(Mark Hamill) make exclamations in a horrible, whiny voice? I dare say most of us didn’t. We were excited young kids, thrilled to be entertained. And…easily entertained.

So I encourage, if you haven’t already, to put on your five, ten or even fifteen year old hats again. Take a look at the movies from a child’s eyes. And you may just be surprised. Because while many of us couldn’t stand Jar Jar, many kids did. And while we may have had a hard time with the dialogue…most kids kicked back and enjoyed the pod race and the light saber duels, even the space battles. I dare say most kids aren’t even watching it for the dialogue.

Episode I in 3D was an incredible experience. I recall many times going to Disneyland and riding Star Tours and enjoying the exhilarating experience(getting sick too) of being in space, participating in a battle and feeling like I was there. The movie in 3D revisits that feeling.

Some of the particular scenes I enjoyed:

So love it or hate it, I highly recommend seeing Star Wars The Phantom Menace 3D in theaters. It’s an experience worth enjoying first hand. And if you have a son or daughter who loves Star Wars, take them with you.

You can appreciate it even more seeing it through the eyes of a child…or…as a child.